Production of renewable biohydrogen by Rhodobacter sphaeroides S10: A comparison of photobioreactors

Biohydrogen is a potential fuel by its renewable and cleanness. Combustion of hydrogen produces only water. On a unit mass basis, hydrogen yields more energy than any other fuel: Burning 1 kg of hydrogen provides 142 MJ of energy compared to 48 MJ provided by combustion of the same mass of diesel. Hydrogen can be produced in several ways. To produce renewable hydrogen by microorganism, it can be used in photofermentation process to liberate hydrogen from biomass and wastewater. Photofermentation uses sunlight, or other light, and photobacteria to produce a mixture of hydrogen and carbon dioxide from waste organics under mild operating conditions.

This work reports on the use of oil palm empty fruit bunch (EFB) hydrolysate (Figure 1) as a cheap carbon source for hydrogen production via photofermentation. Photosynthetic bacterium Rhodobacter sphaeroides S10 was grown photoheterotrophically to produce hydrogen in three types of culture vessels. A tubular photobioreactor, a cylindrical culture vessel and a rectangular culture vessel (Figure 2) – are used and compared for hydrogen production. These production systems had very different surface-to-volume ratios (S = 43.2–181.7 m-1) and, therefore, different internal average light levels for otherwise identical production conditions. A rigorous comparison of the culture systems with different surface-to-volume ratios is the novel aspect of this study. 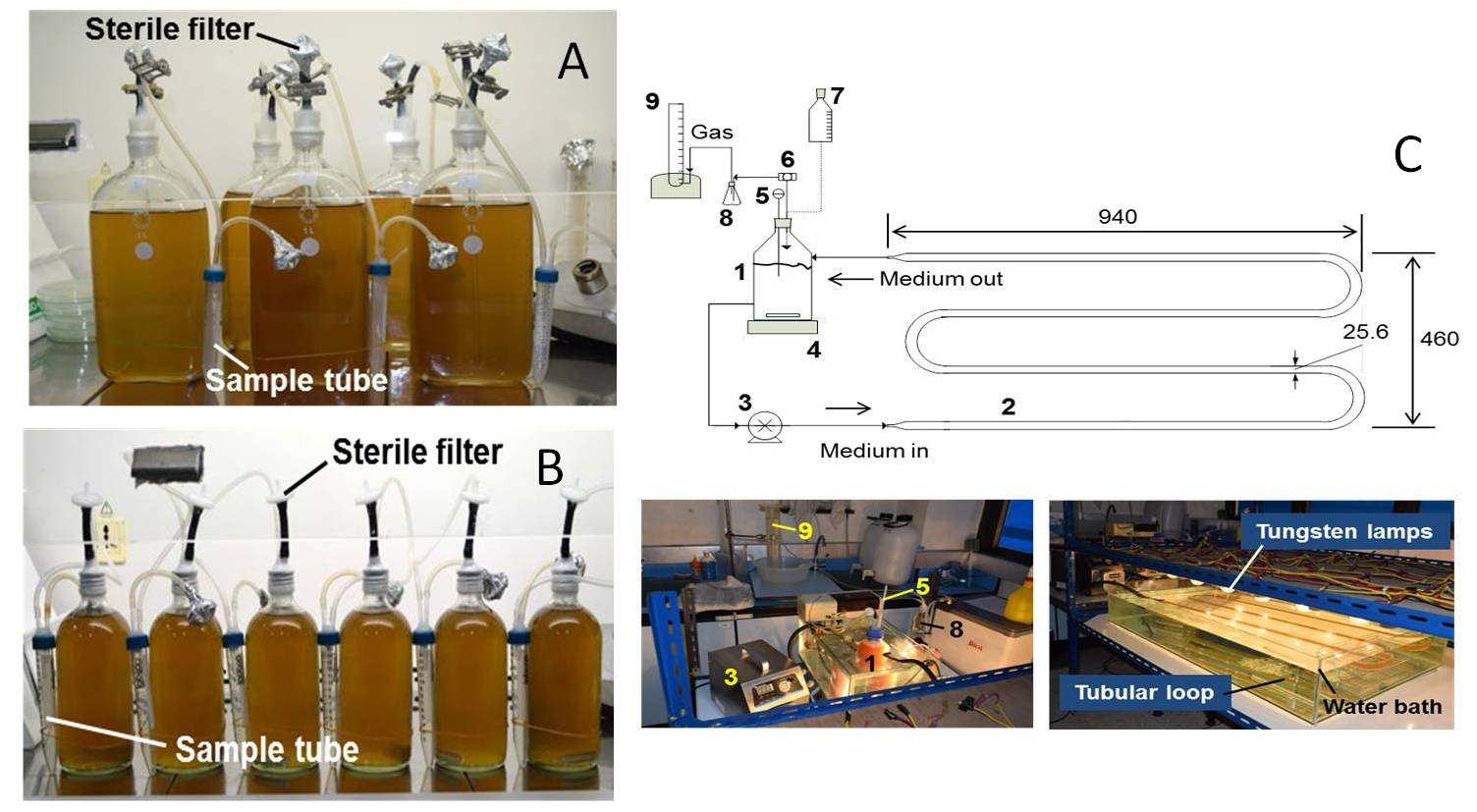 A tubular photobioreactor with a high surface area to culture volume ratio (S = 181.7 m-1) proved to be the best culture system for producing hydrogen at a high rate (~54 mL H2 L-1 medium h-1) (Figure 3). In contrast, the highest value of the maximum specific growth rate occurred in the relatively poorly lit culture of the cylindrical vessel with a comparatively low surface-to-volume ratio (S = 52.3 m-1). The result suggests that irradiance regimen is a key factor controlling the switch from biomass production to hydrogen production. Future designs of culture systems for photofermentative production of hydrogen should consider maximizing the surface-to-volume ratio with due regard to the other possible operational constraints.