Recombinant proteins have been traditionally cloned and expressed in bacteria and eukaryotic hosts. The methylotrophic yeast, Pichia pastoris, has attracted increased attention due to its efficient expression host system. However, the potential productivity of this system has been limited by some bottlenecks and stress factors resulting low yield of functional expressed protein. Several approaches have been utilized to improve the productivity in P. pastoris. Interestingly, in 2012, co-expression of bacterial chaperones was first used to enhance intracellular expression of functional bacterial enzyme in P. pastoris. However, bacterial chaperons were never used to extracellular protein expression in this system.

Asst.Prof.Dr.Pijug Summpunn (Walailak University) in collaboration with Prof.Dr.Watanalai Panbangred (Mahidol University) investigated the use of bacterial chaperones to maximize bacterial protein secretion in P. pastoris. E. coli chaperones (GroEL-GroES) were expressed and targeted to secretory pathway through the endoplasmic reticulum. Specific retention sequence was also used to retain the chaperones in the ER which was able to assist native folding of heterologous expressed protein prior to be secreted out of the cell. The ER residing GroEL-GroES successfully increased the active extracellular protein but not intracellular protein, which indicated that the chaperones have the potential to enhance production of active proteins when present in the same trafficking pathway. This is the first report on the improvement of extracellular bacterial protein production through co-expression with ER residing bacterial chaperones in the Pichia system. 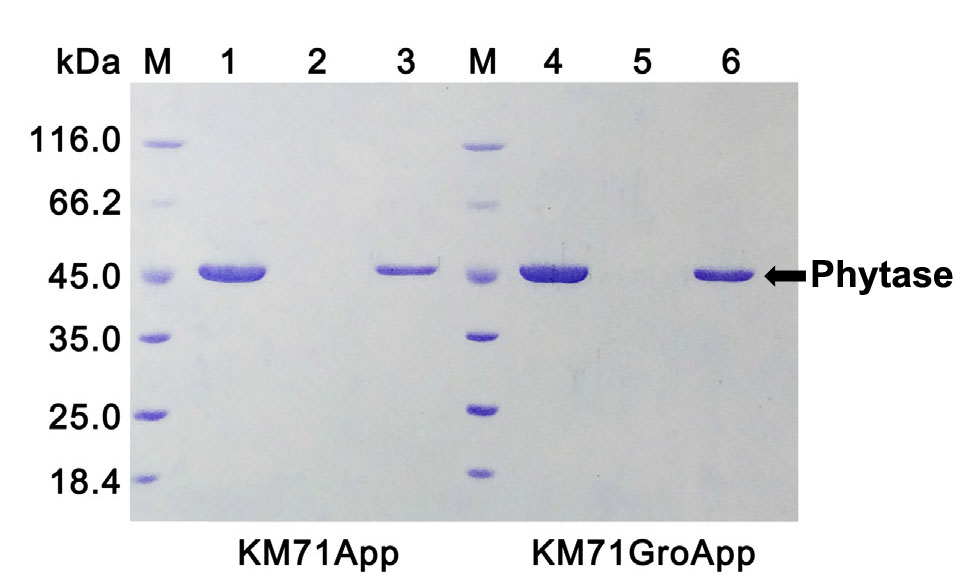