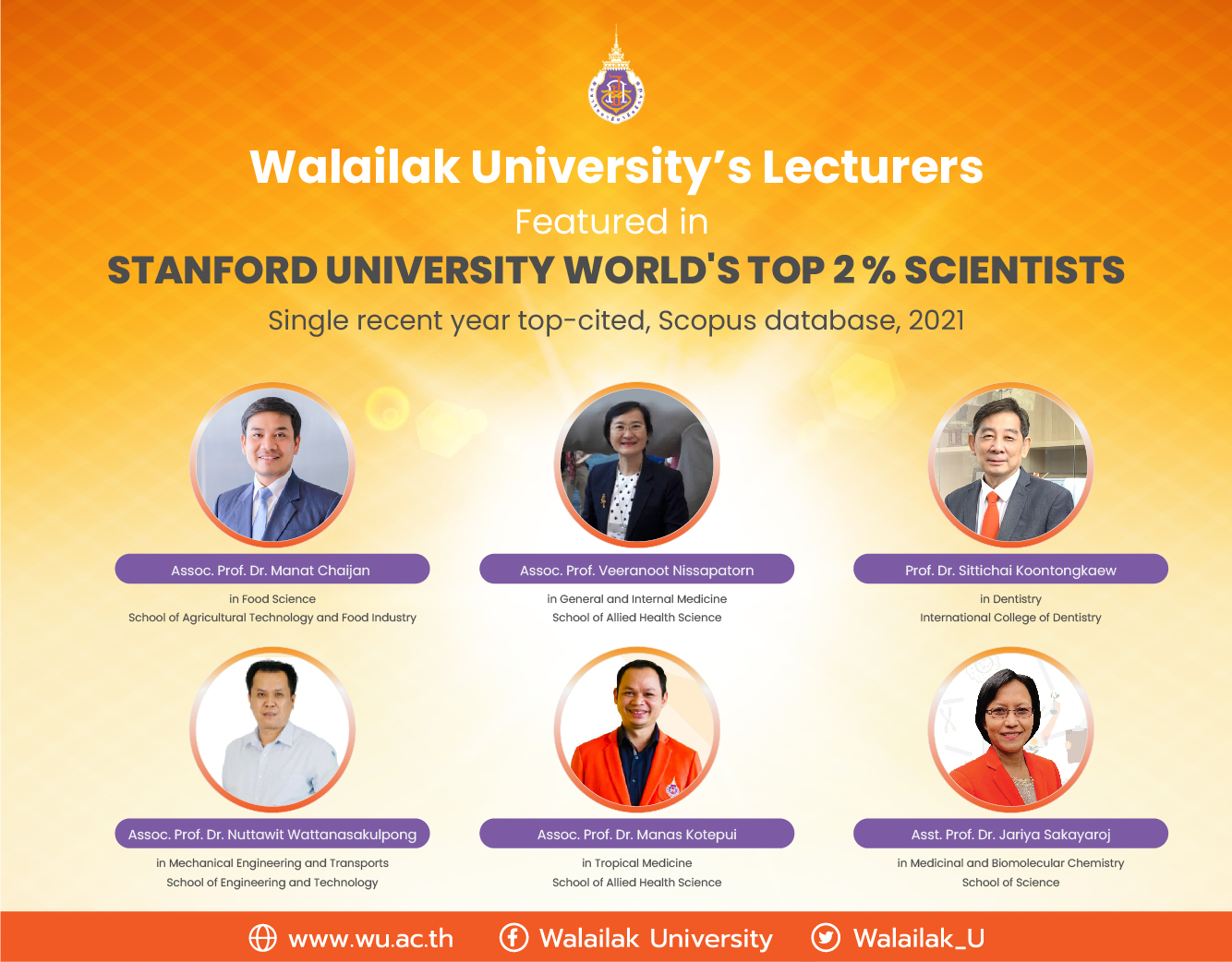 Once again, Walailak University’s scientists are ranked among the world’s top 2% scientists, according to the Stanford University World’s Top 2% Scientists List. The ranking is based on scientists from around the world whose Scopus-indexed publications are extensively and internationally cited. The top-cited scientists are considered to have made significant impacts in their respective fields. The list is divided into two categories: the career-long data, counting from the citations until the end of the year 2021, and single recent year data, counting the citations during the year 2021. More than 190,000 world scientists are included in the career-long database, and over 200,00 scientists in the single recent year dataset.

Two of WU’s scientists are featured in both categories: Assoc. Prof. Dr. Manat Chaijan, in Food Science, and Assoc. Prof. Veeranoot Nissapatorn, in General and Internal Medicine. Four others are recognized as top-cited scientists in the single recent year category: Prof. Dr. Sittichai Koontongkaew, in Dentistry; Assoc. Prof. Dr. Nuttawit Wattanasakulpong, in Mechanical Engineering and Transports; Assoc. Prof. Dr. Manas Kotepui, in Tropical Medicine, and Asst. Prof. Dr. Jariya Sakayaroj, in Medicinal and Biomolecular Chemistry.
Professor Dr. Sombat Thamrongthanyawong, WU President, and the university community congratulated the six top scientists who have dedicated their whole research life for the betterment of communities both in Thailand and worldwide. “They are exceptional scientists with extraordinary ability. We are proud of them. We are very proud that through their works we are contributing to the betterment of world community,” said Professor Sombat. The STT48 Held at Walailak University Has Already Kicked Off. 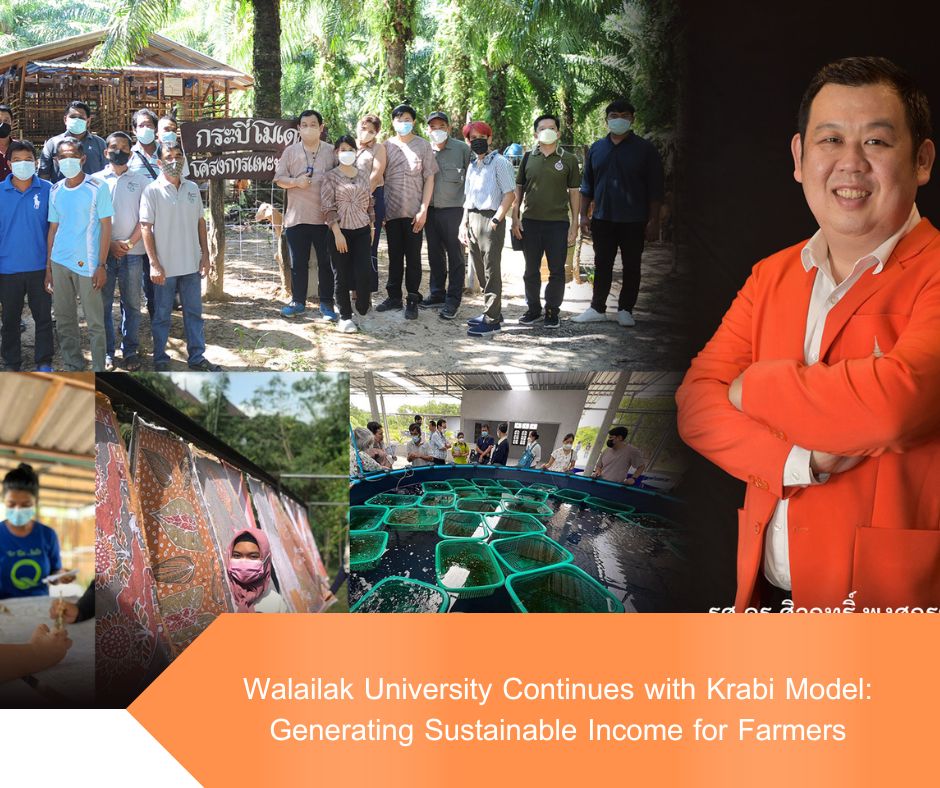 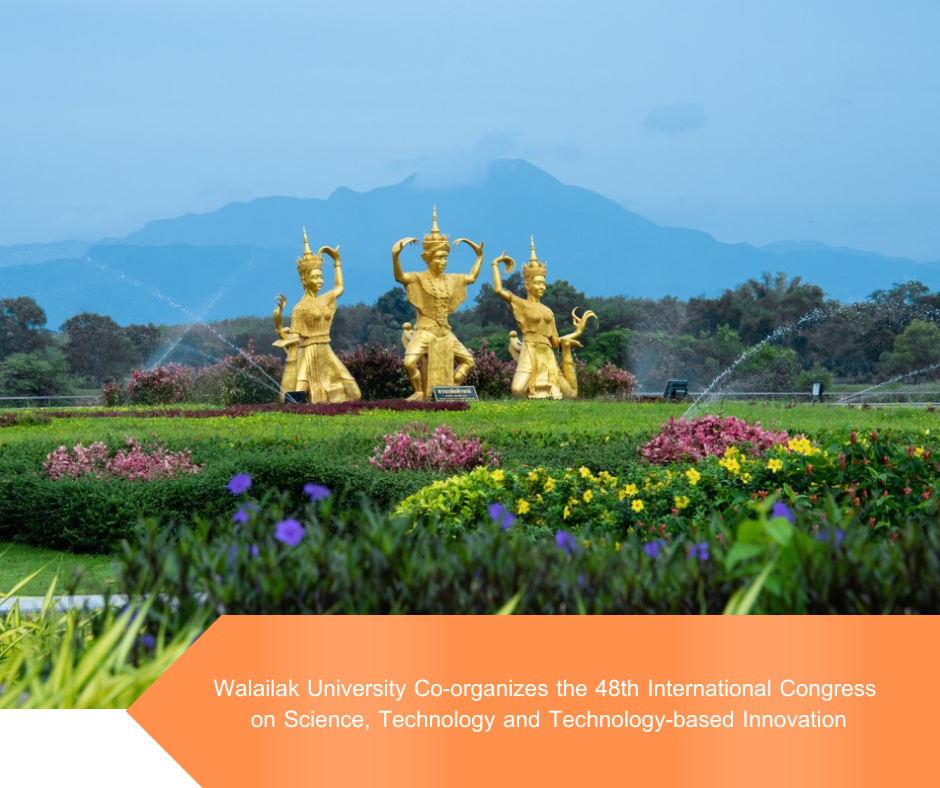 Walailak University Organizes a Meeting to Celebrate Its Success with School Administrators in Nakhon Si Thammarat.