Human immunodeficiency virus (HIV) infection is one of the most worldwide health crisis and remains a serious public problem because it is one of the major causes of death in the world. Integrase (IN) is a key enzyme involved in the replication of HIV life cycle. Currently, only three IN inhibitors, i.e., raltegravir, elvitegravir and dolutegravir, have been approved by the FDA. However, these drugs have limited clinical benefit because long-term treatments may lead to the emergence of drug resistance and side effects. Therefore, finding agents from natural products is an alternative approach for novel HIV-1 inhibitors with high selectivity and low toxicity.

Betula alnoides (Betulaceae family) is locally known in Thai as “Khamlang suea khrong”, a medicinal plant in Thai traditional longevity preparations. Pentacyclic triterpenoid compounds were purified from the stems of this plant by chromatographic techniques. They were identified as three lupane-type compounds, betulinic acid, betulin and lupeol along with one oleanane-type compound, oleanolic acid and one ursane-type compound, ursolic acid (Figure 1). Betulin is the most potent anti-HIV-1 IN activity with an IC50 value of 17.7 µM. Betulinic acid showed good inhibition of HIV-1 IN with an IC50 value of 24.8 µM. However, oleanolic acid and ursolic acid showed moderate activity with IC50 values of 30.3 and 35.0 µM, respectively, whereas lupeol was inactive against HIV-1 IN.

Potential interactions of compounds with IN active sites revealed that betulin which possessed the most potent activity, it also exhibited  the best binding affinity for the IN enzyme in terms of low binding energy (-5.75 kcal/mol), indicating that it strongly interacted with IN. Hydroxyl groups are a potential functional group. It interacted with Asp64, a residue participating in 3'-processing, and Thr66, His67 and Lys159, residues participating in strand transfer reactions of the integration process (Figure 2). The result underlined the anti-HIV-1 IN activity of active compounds resulted from interference with the integration process at the IN active site. This finding is the first report of the anti-HIV-1 IN activity of compounds from B. alnoides. In particular, this research provides additional scientific support for the use this plant in traditional medicine for the treatment of HIV patients. The structural models of the interactions at IN active site may be a useful guidance for further structure based drug design and development of more effective HIV-1 IN inhibitors. 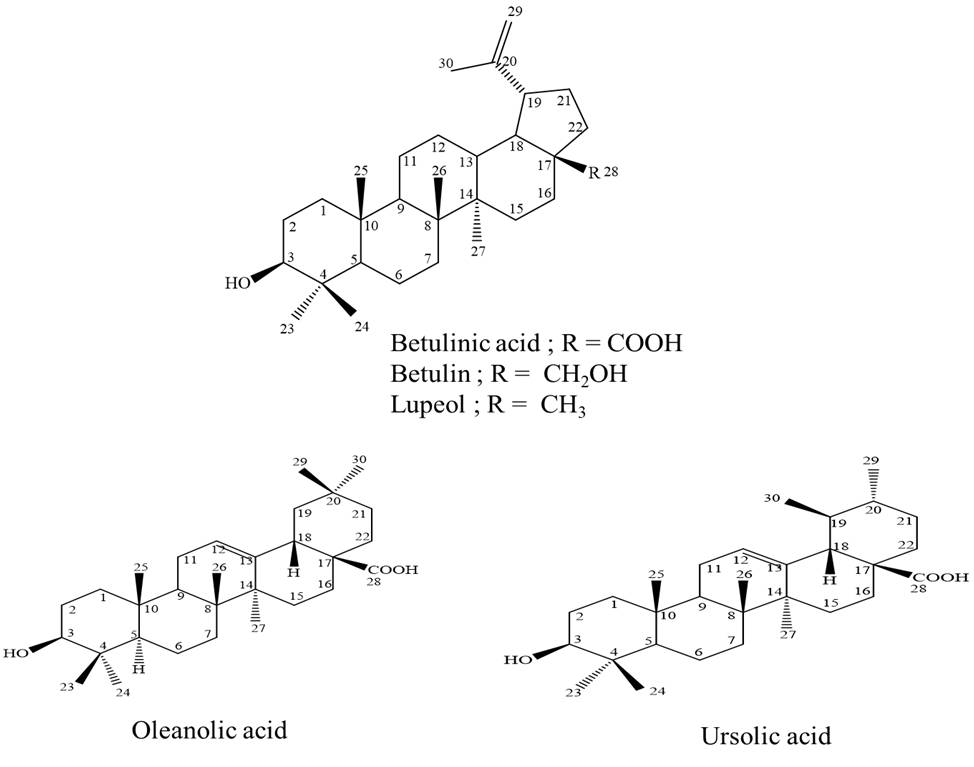 Figure 1: The structures of compounds isolated from B. alnoides 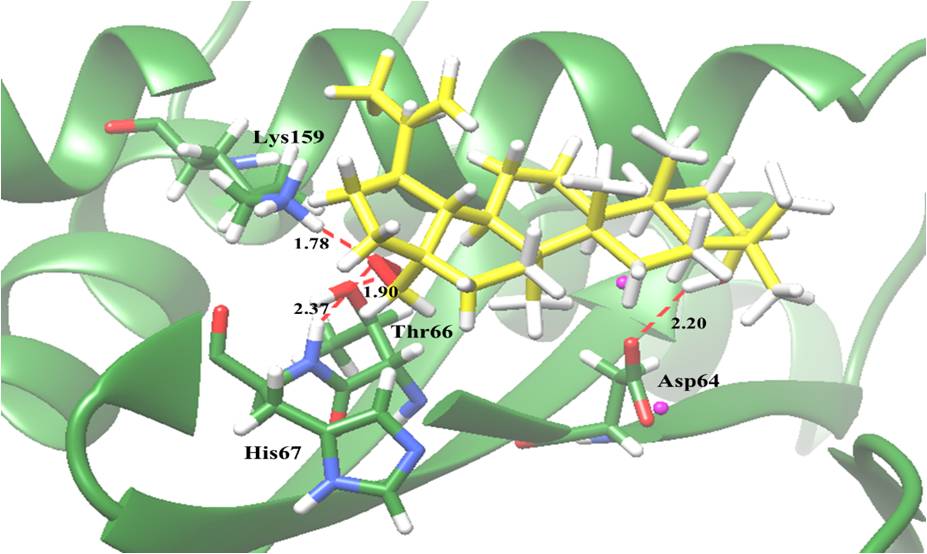 Figure 2: Molecular docking of betulin (2) with HIV-1 IN. The green ribbon model shows the backbone of the HIV-1 IN catalytic domain with all interacting amino acid residues shown as stick models and colored by heteroatoms. H-bond interactions are shown as red dashed lines and represent bond length in angstroms (Å). Mg2+ ions are shown as magenta balls.