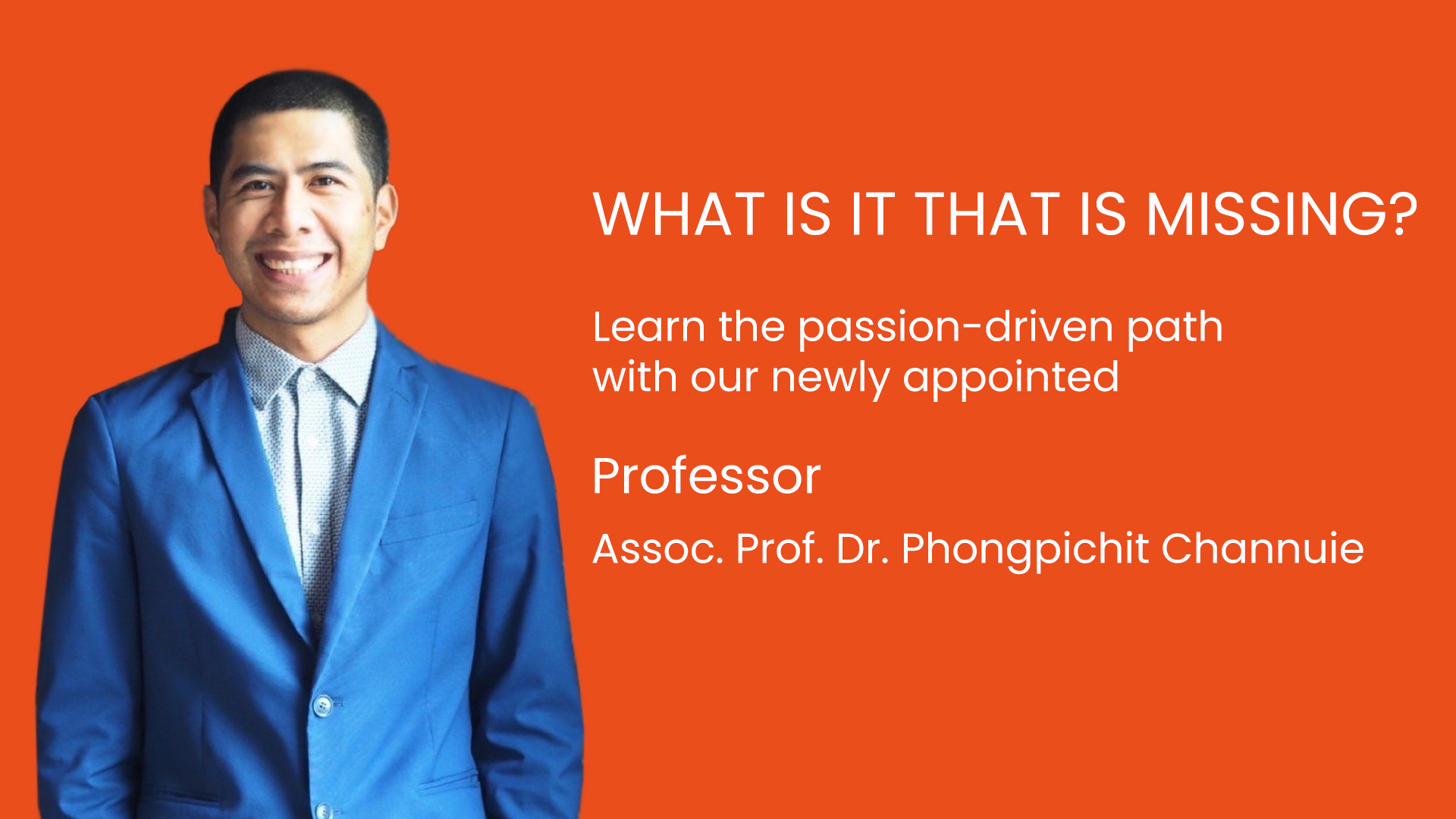 Pinpointing what ones are genuinely interested in life is never easy and there comes the times when you repeatedly ask yourself the same question. “What is it that is missing?” or “what is it that you are drawn to in order to quench your thirst for learning?”

Either question you may end up asking yourself, the greatest challenge leading to ups or downs, productivity or lack thereof, in your life significantly depends on how you answer to it.

“I am drawn to mathematics because its origin, mechanism, progress or conception are not restricted to leaps and bounds of external factors. Its charm lies in the concept that you can make twists and turns of the conceptual framework using ideas, a piece of paper and a pencil,” said Assoc. Prof. Dr. Phongpichit Channuie, Dean of College of Graduate Studies Walailak University, one of Thailand’s very few cosmologists and just recently grantee of the honorable “Professor”, a prolific testimony to an academic’s consistent endeavors and contributions.

“You start with mathematics which later translates into an interpretation of physics”, so no matter what happens, you are not subjected to operation of any machines,” added Assoc. Prof. Dr. Phongpichit.

Walailak University, in this article, would like to congratulate Assoc. Prof. Dr. Phongpichit Channuie on being approved of a Professor title by Walailak University Academic Council. The title will soon be endorsed by His Majesty the King in the next step. Digging deeper into his life in academic, with passion to learn about physics, mathematic angles in particular, Assoc. Prof. Dr. Phongpichit, a bachelor degree student back in 2000, was enrolled in Physics Program at Prince of Songkhla University (PSU) as student under the Development and Promotion of Science and Technology Talents Project, Thai government scholarship (DPST). Departing from Surat Thani to a four-year program in Songkhla, Assoc. Prof. Dr. Phongpichit resolved to his interest in math in a deeper level and pursued his master’s degree at PSU. However, his master’s degree study period was fruitful and yielded his first academic publication with his thesis advisor. His postgraduate career commenced at Kasetsart University Kamphaeng Saen Campus in 2006. However, the same question hovers.

“what is it that is still missing?”

Lecturer Phongpichit, sponsored by Thai Government Scholarship, flew to Denmark and spent four years immerging himself in the crux and core of Physics at the University of Southern Denmark from 2009 to 2012, with an outstanding academic performance of 3.93 GPA. With one more master’s degree and one doctoral degree awarded, Dr. Phongpichit returned to Thailand and fully embarked on a teaching career at a university.

“Each step I took helps me stumble to the next and plunged forward. However, what remains clear and validated on my mind are my passion for physics and mathematics and learning autonomy,” emphasized Assoc. Prof. Dr. Phongpichit before giving examples of uphill struggles faced by Thai student in a foreign country.

“With a moderate level of English proficiency, I set my own path of learning. While on-site learning under supervision of professors, a series of self-directed learning, i.e., reading, and consultation kept me edging along and catching up fast.Dr. Phongpichit already published articles in well-recognized journals prior to his doctoral program completion.

Assoc. Prof. Dr. Phongpichit Channuie defines team collaboration as an element behind his success in producing academic works.
Being rewarded with academic titles progressing through the ranking system comes along when academics are committed to learning and filling gaps in their fields. For Assoc. Prof. Dr. Phongpichit, working on studies alongside his partner networks both inside and outside Walailak University. This co-constructed network serves as a platform uniting researchers sharing field insights and interest, which is a tractable strategy accelerating idea generation, publication consistency and soft skill development through team-executed mechanisms.

“I found my allies in my surfing,” said Assoc. Prof. Dr. Phongpichit, explaining “Reading and Contacting” approach. Simply put, it is collecting references come across in readings and getting in touch with them.

The strategy, ensuring the flow of works driven by experts in the fields sharing a sense of ownership, responsibility and accountability to the work. Compared to a solo project whose degree of success is dictated by one author, a multi-authored project draws on cooperative and collective expertise which helps to accelerate the work.

“Working as a part of a team, you need to discipline yourself to be committed to the plan, and be responsible for your share of work,” explained Dean of College of Graduate Studies, Walailak University.

Therefore, the bigger the reading lists expand, the bigger the network . Assoc. Prof. Dr. Phongpichit Channuie highlights his academic profile with continuous publications in physics and cosmology. He specializes in Physics beyond the Standard Model, Cosmic Inflation and its verifiable consequences, and modified theories of gravity. He has co-authored of a number of publications to the field of cosmology including Traversable Wormholes Supported by GUP Corrected Casimir Energy published in the European Physical Journal C (Scopus Q1, 92th Percentile), indexed by Nature; Quark Stars in 4D Einstein–Gauss–Bonnet Gravity with an Interacting Quark Equation of State in the Astrophysical Journal, and the recent one Exact Solutions of (deformed) Jakiw-Teitelboim Gravity published in European Physical Journal. Other high-ranking and prestigious journals he has published with are Journal of High Energy Physics, European Physics Journals, Physical Review D and Fortschritte der Physik, etc.

Assoc. Prof. Dr. Phongpichit Channuie has been been working with Walailak University since 2013, the year he was appointed to Assistant professor title, followed by Associate Professor in 2017. He is dedicated to teaching, researching, providing academic services as a lecturer and researcher until being entrusted with a managerial position as Dean of College of Graduate Studies, Walailak University, in 2019. Up until present, Assoc. Prof. Dr. Phongpichit Channuie has been contributing to the field of Inflationary cosmology and Modified theories of gravity through his teaching and publications at Walailak University for 10 years. 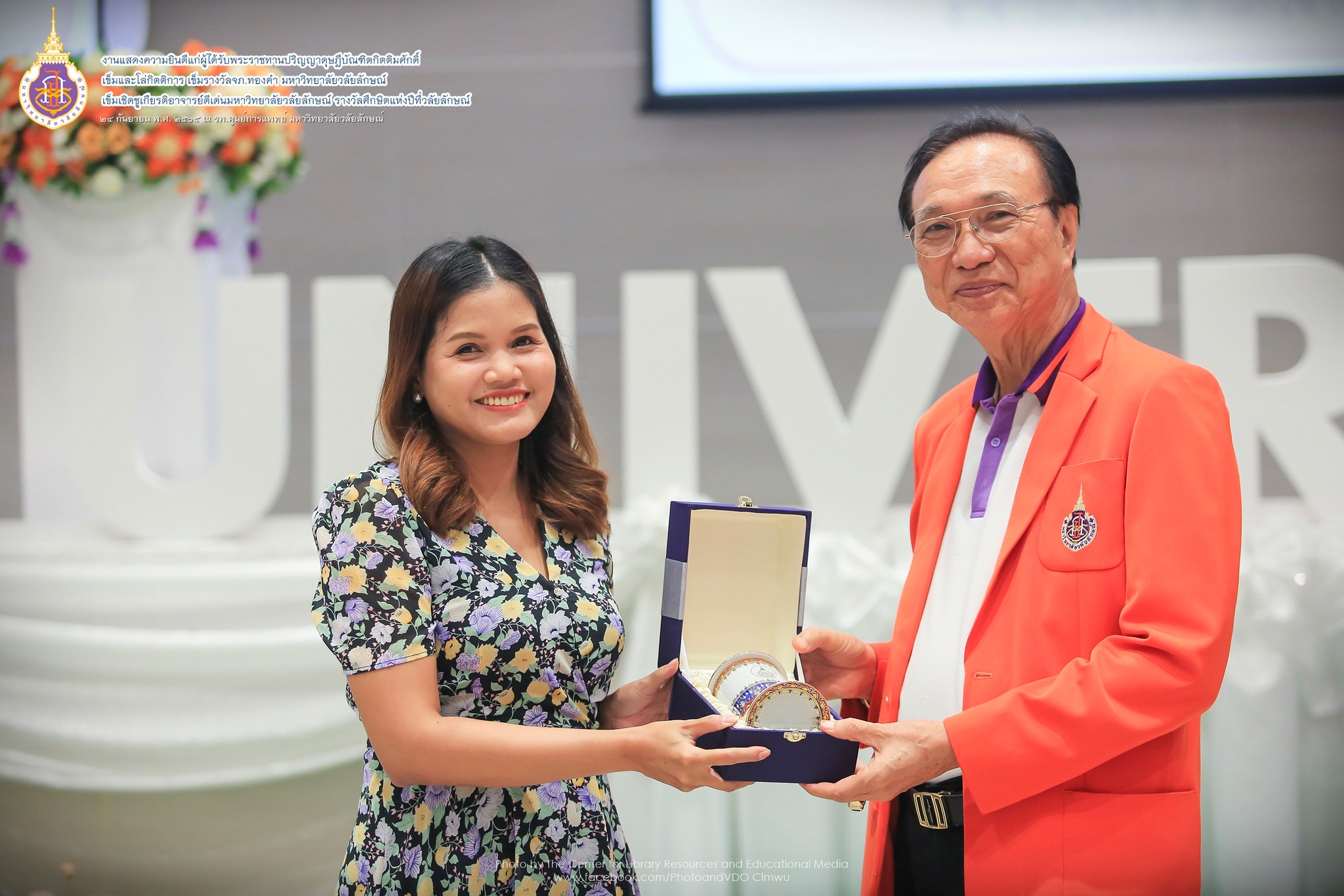 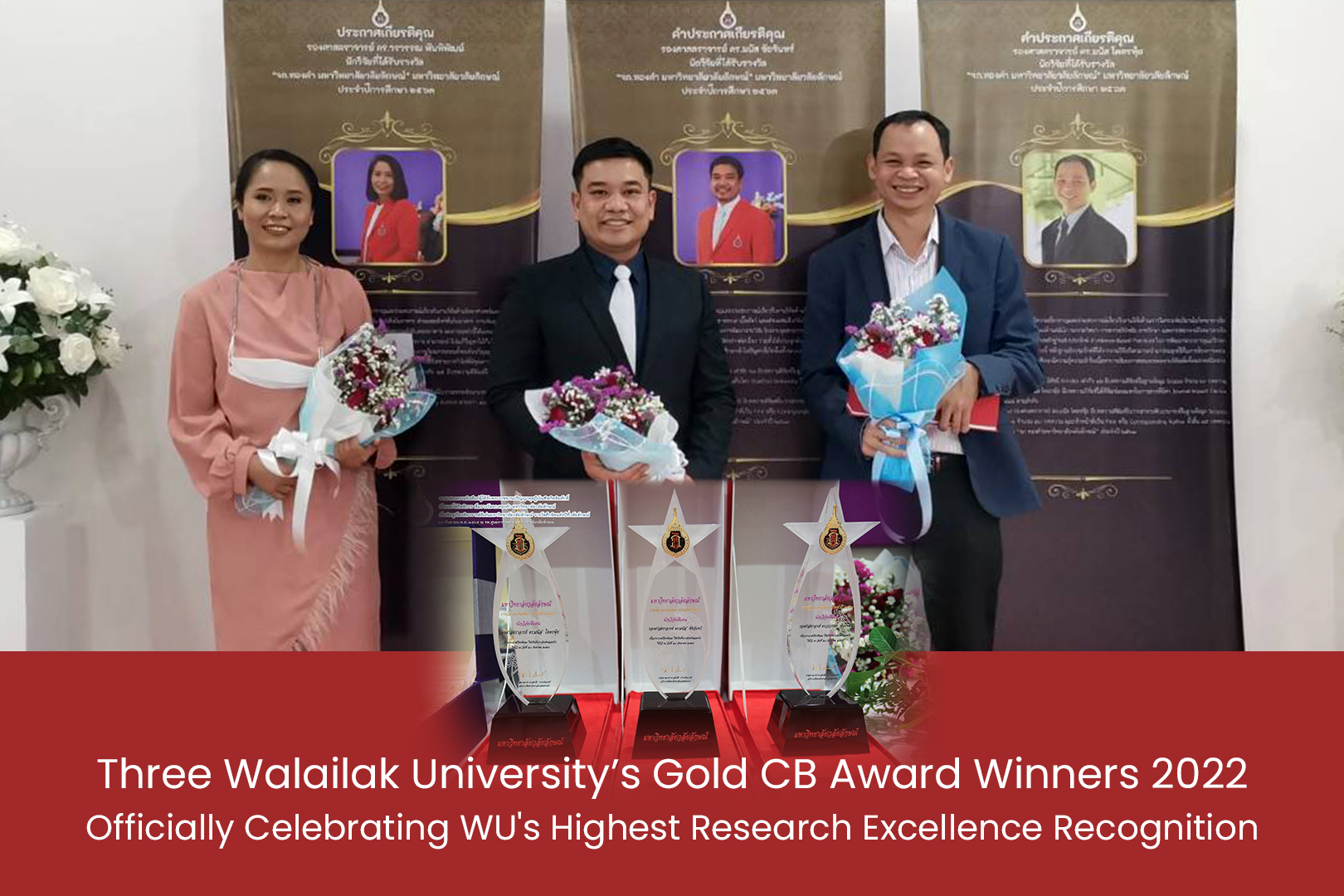 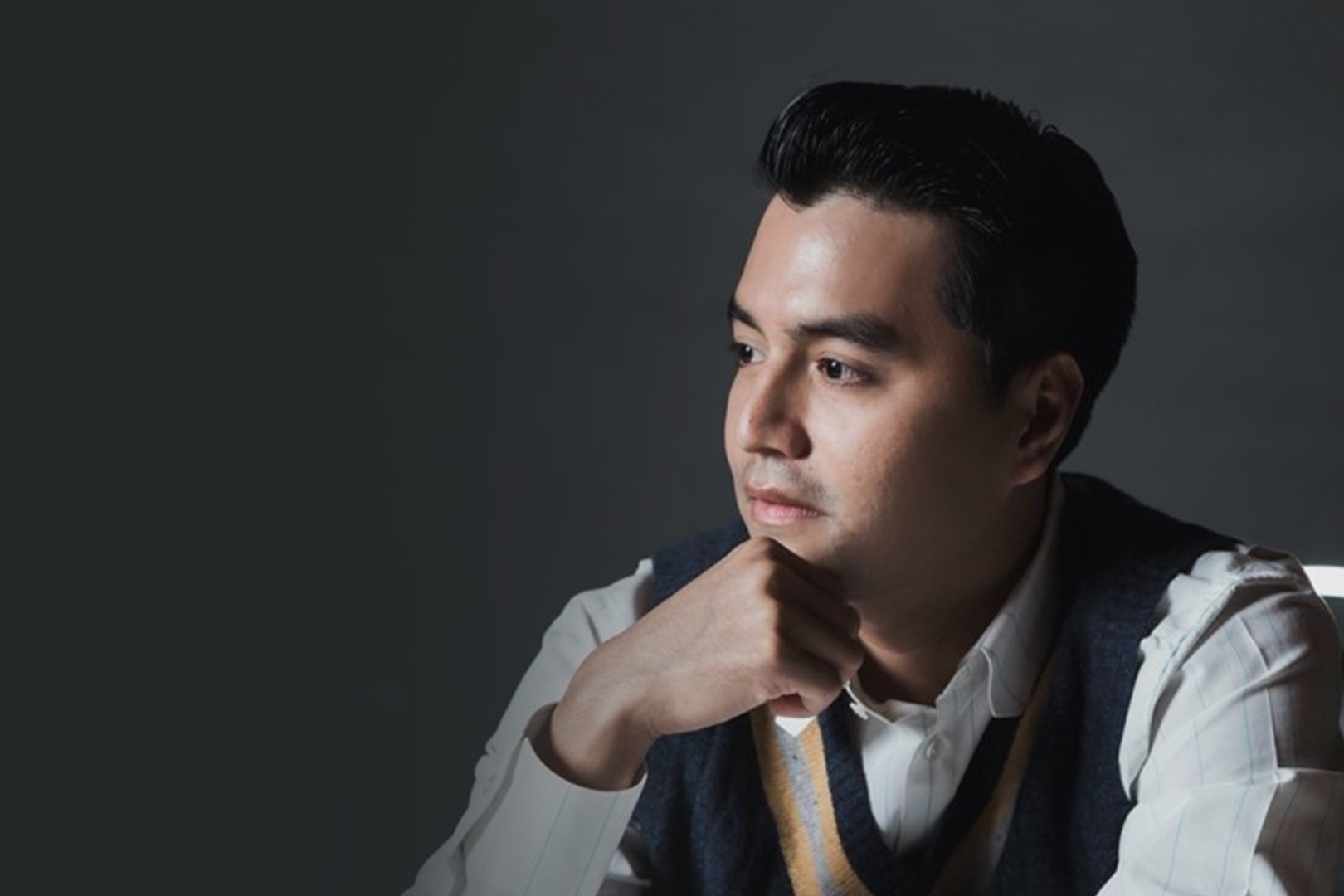 Not Survive but Thrive in 2022: Broaden Your Future Outlook to a Professional World with Sorawit, Inspiring WU Alumnus 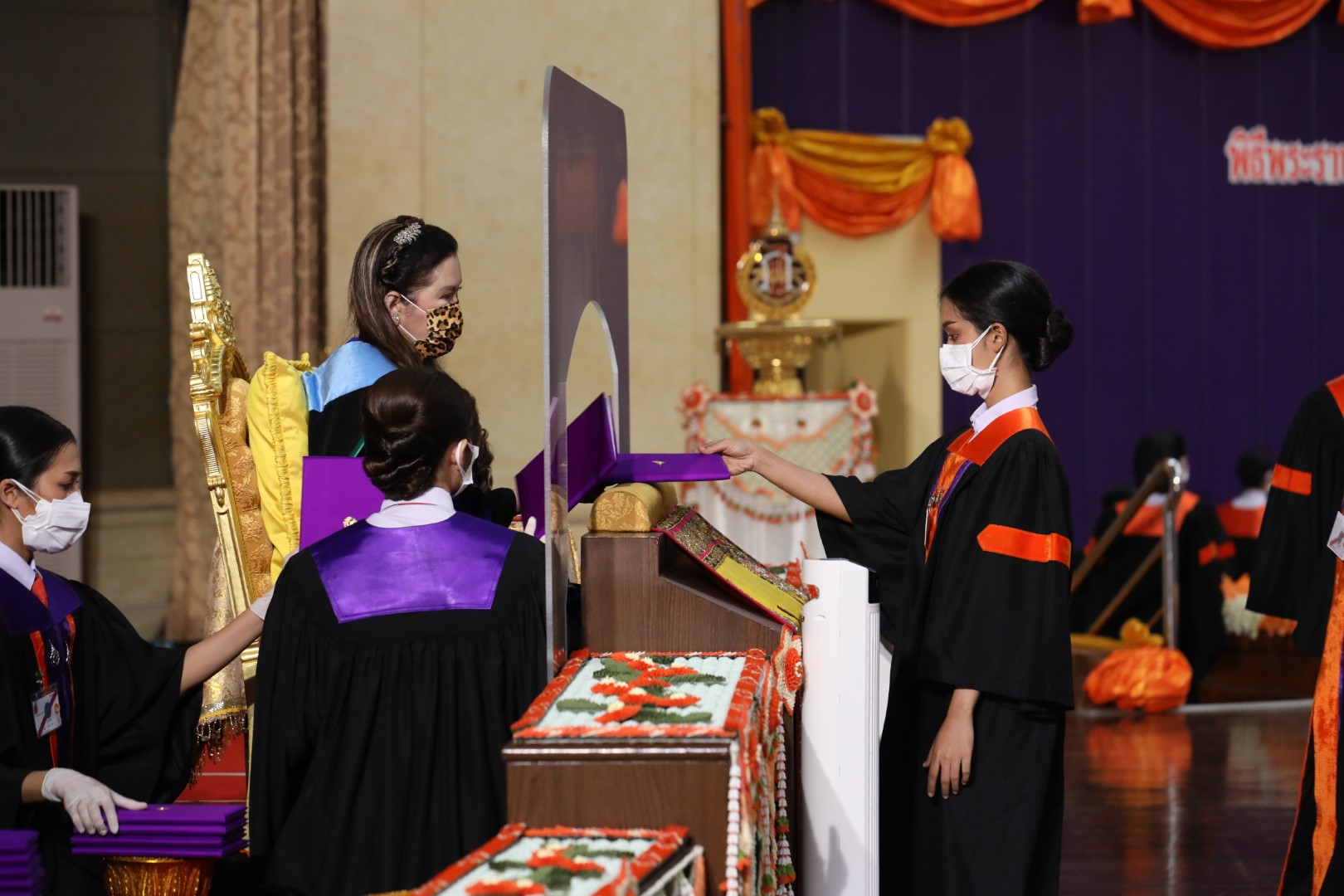 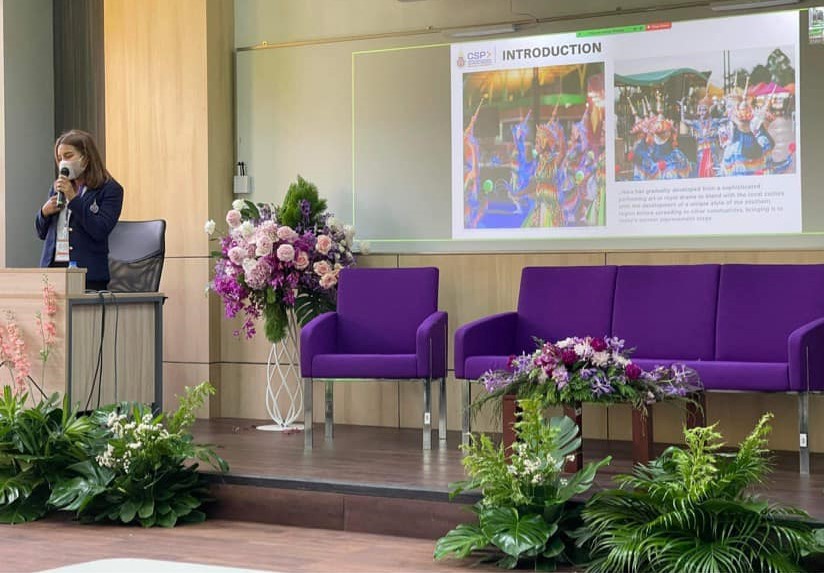